We are building up an underground artist family supported by Major Distribution by Sony. 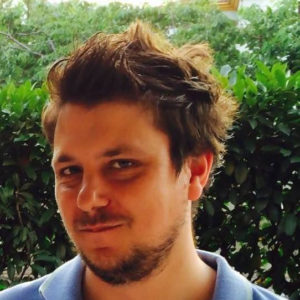 Born in Padua (Italy), Ivan Stairway showed his interest in sound synthesis at the age of eight, when he received his first keyboard and he then went on to study piano and Harmonic Theory. In the late 90's he discovered House and Trance music and released his first track in 2001. Soon a passion for retro analog synthesizers and drum machines led him to produce 80's inspired progressive house and synthwave tracks. 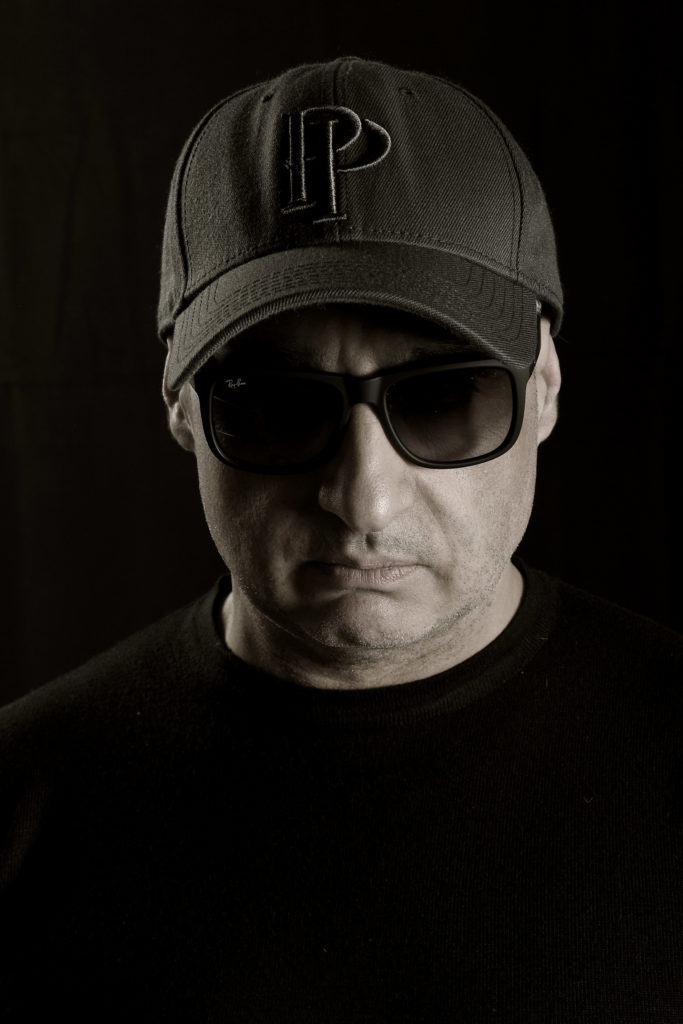 Italy’s Sandro Serra Aka Mo’Key and Mo'Cream has been a producer since the 90’s, with his first production under the guise Workin’ Happily 'Make My Move' released in 1993. His productions and remixes have graced labels such as Zippy Records, Quantize, King Street, UDP, Casual, Ocean Trax and many more. Sandro has worked with many top artists including Murk, Cajmere, Kerri Chandler, Michele Chiavarini among others. 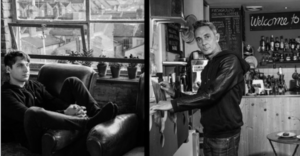 DJ / Producer Seven People is based between the UK and Italy, with a music style that joins the dots between contemporary jazzy Disco and Italo House - performed both as dj set or with a live band. Aside of his music production, which led him to work with established and emerging artists at prestigious studios including Abbey Road and Strongrooms, he’s released on dance labels including RYMD Records, Wall Of Sound, Paper Recordings and TR Records.  Maurizio Clemente has been working in the music industry since the early 90’s when was one of the key players promoting house music in Rimini Italy. He worked for the famous Label of Flying Records UMM as A&R and built Zippy Records in UK with David Piccioni. Since then Maurizio has gone on to organise music conferences in Italy, managing DJs as Tony Humphries, Kerri Chandler, Kenny Carpenter, Lenny Fontana, Spen and Karizma, among others. 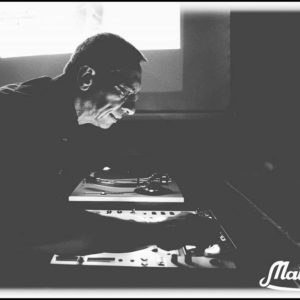 Born February 11th, 1965 in Busto Arsizio, close to Milan. In 1979 started to collaborate with local FM radios and one year later I had my first approaches as dj in various Club close to Varese. In 1987 started my experience as dj resident at House Club "Agorà" near Varese then, in 1988, started to work in Milan called by various Club like the one night "The Dome" at Decò Club, Café Bleu, Le Cinèma, Carisma, Amnesy and others. In 1989, just at Carisma, from an idea from the greatest Milano's Art Director Marco Tini (R.I.P.) born the famous and creative one night "Matmos". It will continue for years until 1995 and I was the dj resident in all the editions. 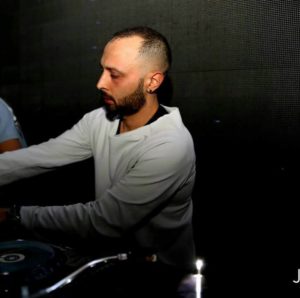 Born in Naples (Italy) in 1983...From childhood was influenced by funk, jazz, soul and RnB music, that had impacted him to recognize House Music. He started to collect some vinyl, bought his first turntables. During the years, he became a part of some private parties around his town, Afragola, and then moved to the bigger parties in Naples, with some promoters, which gave Tony the possibility to play in many parties, with some intern ational artists as well. After such a good experience as a dj, he was fascinated by the production side and he believed that it could give to him more visibility than djing... 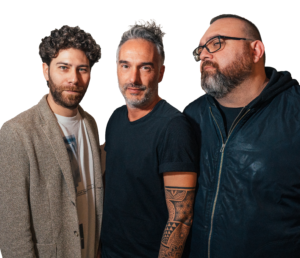 Aeobatik, aka Francesco Valesani (WideAndFat), Enrico Merolli (DJ EMM) and Luca Bertolaso are an up and coming eclectic trio of DJ’s and producer’s hailing from Ferrara, Italy. With a broad spectrum of influences between them, their fresh sound joins the dots from everything to Detroit and Chicago House, Techno, Acid, Afro and Italdodisco. They first sprang on to the scene with their debut release, 'Leopard EP’ on Sunclock Records last year and have a set of new releases and remixes forthcoming on Major Underground. 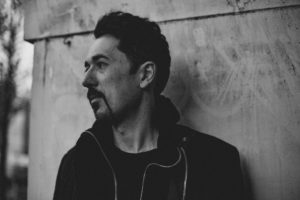 DJ Vivona's musical inspiration started from the sounds of 70's Soul, passing by the Electro flavor of the 80's, and paving the way for the more contemporary sounds of today. His Sunclock label hits the mark with each stunning release that regulary reaches noteworthy positions on the best digital stores, thanks to the support by some of the greatest names in the music business. Lending a helping hand is also their in-house promo SNKE department that have their feet firmly planted on the dancefloor, and ears finely tuned to discover new directions in the genre. As an artist, DJ Vivona's profile has increased exponentially thanks to having signed a recent deal with the legendary King Street Sounds label, remixing all the legendary tracks in the catalog by Kerri Chandler, Dennis Ferrer, Tiger Stripes, Mood II Swing, and Barbara Tucker. His original productions on King St have also seen their share of quality remixes by such greats as Frankie Knuckles & Eric Kupper aka Director's Cut, Joeski, Basti Grub, Gene Farris, Dino Lenny, Vince Watson, and Rocco. Vivona's live DJ set is an imaginative fusion between Deep, Afro, and Tech sounds without any limit, until Electro vibes enjoyed by thousands of clubgoers. 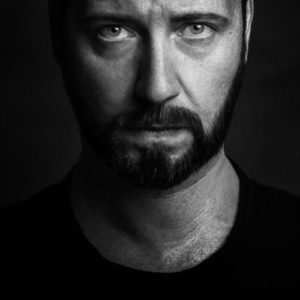 Paul Adam is a dj producer, born on October 6th, 1983 in Bari (Italy). Since his childhood he used to spend a long time listening all kind of music. He starts deejaying very soon at the age of fifteen. Paul Adam is an Italian Dj Producer, born October 6, 1983 in Bari. From his childhood he spent a lot of time listening to all kinds of musical genres. He began deejaying very early, from the age of fifteen following what he considers his masters, Flavio Vecchi and Ricky Montanari, during which he collected an incredible number of vinyls. Paul is appreciated for his eclectic style and today he defines house music, as the perfect musical genre, that is complete, refined and prestigious. In his mixes it is important for him to tell a story by bringing his listeners on the road where the sound of the future comes from the past. He has made many record productions and most of them produced by the most important labels in the world like Dvine Sounds, Nervous, Glasgow Underground, Traum, Material Series, Lapsus Music, Happy Techno, King Street Sounds, Quantize Recordings, Tony Records, Sony, Universal and many others. All the songs he produced overtook the Top 100 rankings of many stores and many of these records reached the top positions in the Traxsource, Beatport, Itunes, Spotify charts. 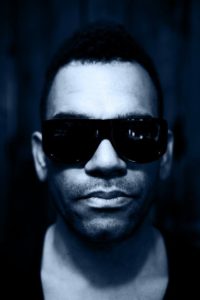 With influences stemming from his Anglo African background and early classical piano training, Jinadu’s singing, song writing and production are bringing a new flavour to modern pop music. He has released several 12" singles and collaborated with numerous artists including Kirk Degiorgio/As One, Jimpster, Si Begg (SI Futures), Ad Bourke and Domu to name a few. Live, Jinadu recently played the main stage of The Big Chill festival as one half of The Beauty Room, a band who have garnered much high praise for their debut album. Their second, much anticipated album is due for release this year.