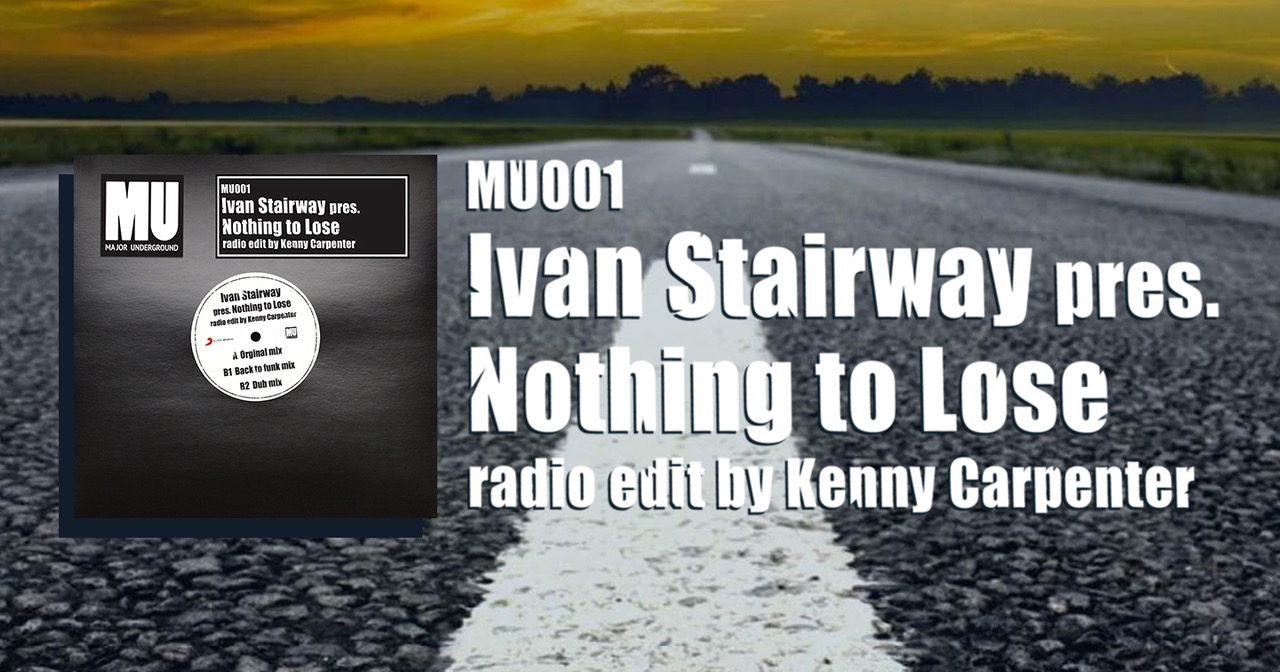 Introducing Major Underground, the brand new label collaboration between Italian dance music stalwart Maurizio Clemente and Sony Music, bringing you the best in contemporary dance. The first release is a feel good piano house stomper with a strong classic 90’s vibe from Italy's Ivan Stairway with 'Nothing To Lose’. 'Nothing To Lose’ is a soulful song about breaking free and moving on, set to a vibey backdrop loaded with warm piano hooks, emotive string melodies, funky guitars and punchy house beats. Also on the package is the groovy Back To Funk remix which carries an 80’s synth pop flavour, New York House legend Kenny Carpenter lends his magic to a tasty radio edit and there’s also a sublime dub. Born in Padua (Italy), Ivan Stairway showed his interest in sound synthesis at the age of eight, when he received his first keyboard and he then went on to study piano and Harmonic Theory. In the late 90's he discovered House and Trance music and released his first track in 2001. Soon a passion for retro analog synthesizers and drum machines led him to produce 80's inspired progressive house and synthwave tracks and remixes under the alias name of I-Vision. Lately he has been exploring the world of Nu Disco and Soulful House sounds, taking inspiration from artists like Kenny Carpenter, The Shapeshifters and Dr Packer, with 2020 seeing the release of his first soulful track 'Nothing To Lose' on Major Underground, distributed by Sony Music.

This is a link.